Peter D. Land is a lifelong resident of Crown Point, growing up on South Court Street next door to the Old Homestead. Pete is engaged to Darcy and has three children, Kyle, 31; Benjamin, 22; and Jack, 16.

The Mayor of Crown Point manages more than 190 city employees across various departments, including Public Safety (Police/Fire/EMA), Public Works & Streets, Engineering, Building & Planning, Parks, Special Events, Human Resource, Legal, and Media & IT Divisions. The City of Crown Point operates on a $35 million annual budget, provides services to nearly 34,000 residents and has the lowest municipal tax rate of any city in Lake, Porter or LaPorte counties by a 2½ time margin. 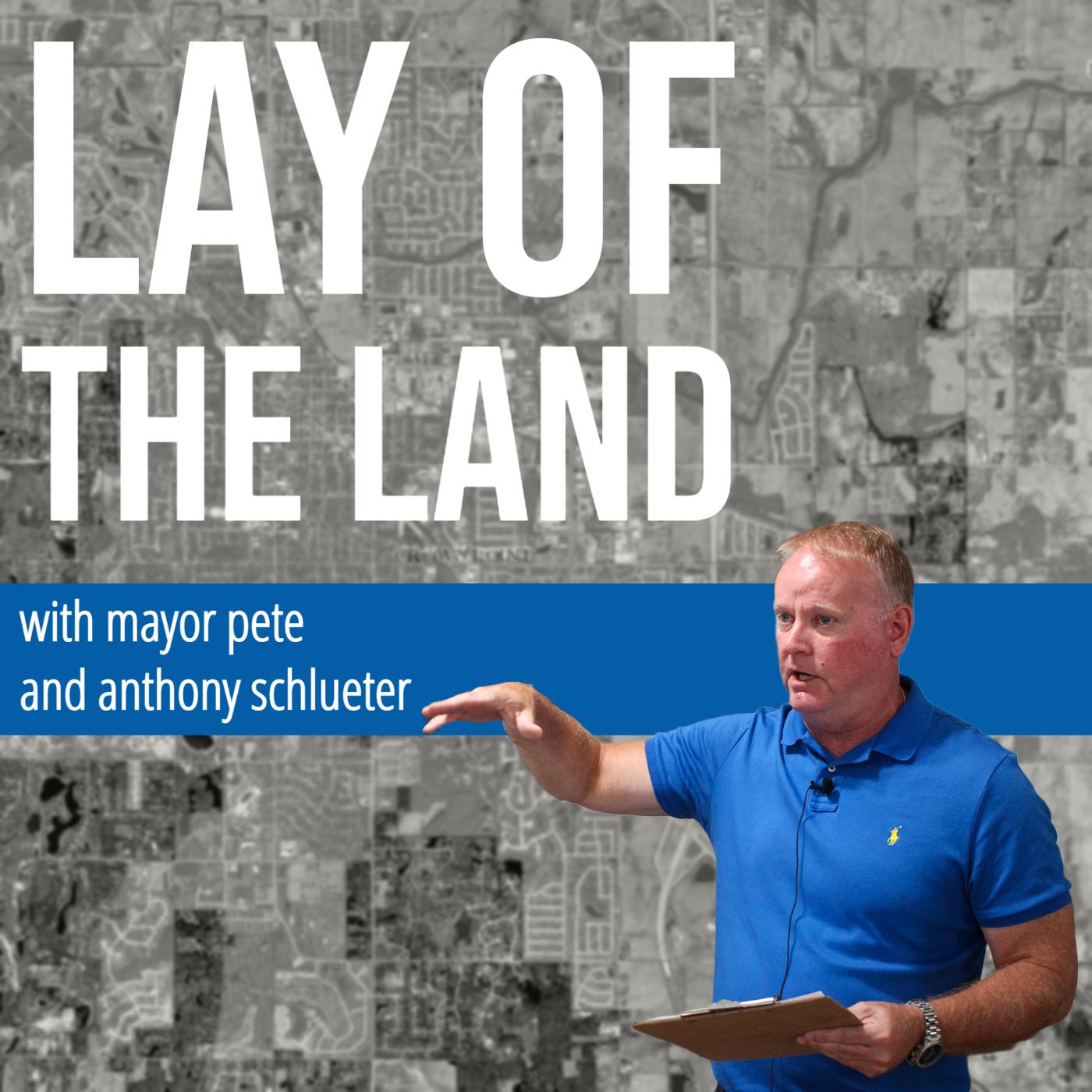 Lay of the Land is a podcast featuring Mayor Pete Land and Chief of Staff Anthony Schlueter. Tune in every month for casual conversation about what's going on in Crown Point. Listen wherever you get your podcasts!